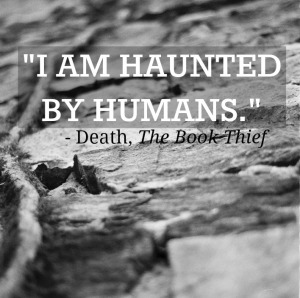 Hello from the Halfshell,

While I am still in Cape Charles, I will be headed back to Bloomsburg tomorrow. I did have the opportunity to speak with Anton today, though it was strange to speak to him through Whatsapp and with a Danish phone number. He had slept almost 15 hours, but he spoke about how bizarre if felt for him to feel like a bit of a stranger in his own home, his own town, and even in his own land. I assured him that his reacclimation was normal, and there would be more of those times over the next days. I am more interested in what his parents will think about their maturing, growing, and differently thinking only son. There is the couple of inches he grew, which are apparent immediately; there is the about 25 pounds he gained, which he manages to hide well, at least to everyone except his grandmother. She told him at Christmas his cheeks had gotten chubby. It is actually quite amusing for him to tell that story. It was nice to chat with him and he was so gracious about thanking me for his time. As I told him, it is something we did together. I had quite the supporting cast between Ellena, who was there his first morning of school, to Lennon and Lexie, who gave him magnets the first day, which both surprised and pleased him through their kind gift,  and to Marcus, whose friendship was most instrumental in his year also. There are numerous females, most of whom I did not meet, but whose names I would hear regularly, and some incredible faculty at CCSD as well as Mr. B., his guidance counselor. To Kevin Haile and Kathy Bates (I hope I have spelled that correctly), Anton’s involvement in both the band and the musical were life changing for him. His start into tennis was both enjoyable and exciting for him and it is unfortunate he was not able to see that happen. Even his quick foray into wrestling was a good thing for him. I have nothing but positive things to say about his experience (and mine) with the Central Columbia School District. Thank you!!

It seems most of my other conversations today had to do with the condition of our world, and I choose those words carefully and intentionally. It is our world, and we are both responsible and accountable for what we choose to do at this time. While I am not a scientist, an epidemiologist, or a climatologist, I think this situation is related to all of these things. I have done some reading, and while it does appear that the COVID -19 virus is not as lethal (but we are still in the midst of it, so that is a preliminary consideration), it is much more contagious. MERS took about 2.5 years to infect 1,000 people; SARS took about 130 days, and the current virus took 48 days. That is a significant difference. While lethality is seemingly lower, it is still lethal as is evidenced by the daily statistics (World Economic Forum in cooperation with Reuters). What happens when it is more contagious and we have no consistent plan in place to stop the spread. While social distancing is being encouraged, and just today the Corona Taskforce is recommending masks, there are still some states, defying all logic, that still have no distancing measures in place.

And yet, our future is a bit hazy it seems. I do not believe there is a single aspect of our society that will not be affected by this. That is not the hazy part; in fact, I would assert that is abundantly clear. Back on March 6th, I noted for my online students that we might be in a different world after break. A couple of my students wanted to question my sanity and believed I was fear mongering. I noted that some of them referred to me as “batshit crazy,” which might be a cruel irony if this coronavirus does actually originate in bats. I noted about two and a half weeks ago that I believed by this time we would be basically shut down as a society. I hate being prophetic, but even more so, this is one of the times I am sad to be quite accurate. I think the consequence of this pandemic will rock all of us to our core. I do not even know what that means as I write it, but as I told my colleague as we walked around Cape Charles this evening (we saw maybe 5 or 6 people out and they or we would cross the street to distance ourselves), I believe all of this will play out in a most amazing way as we move forward. I think the avalanche of job losses, the change in the housing market again, the struggle to recover from the insurance losses, and many other things will be profoundly more catastrophic to our economy and health system. I think what it will do, and is doing to education at all levels, but most undoubtedly to higher education, will force the change to how we manage and pay for college that we have been unwilling to make. What it will do to our governmental structures and how it will affect who we elect might not be as extreme as we might think, but I believe the questioning of the status quo in Washington will be scrutinized in ways it hasn’t been for a generation or three.

Some of my closest friends have noted they do not even want to read anything at this point. I find it difficult to read, but I feel compelled to do so. I am unwilling to be fed whatever those in power want me to swallow. I make myself read from both sides of the political fence and then I compare and contrast what I hear. As I tell my students, all news is biased. Someone is paying for it and there is an agenda. That does not mean it is not true, but rather it is slanted. That is not a right or left thing, it is a human thing. We are not without our preferences, and there is no pure altruism. That is how it works. I wish I could be more altruistic; I wish I could be more kind and forgiving at times. As we move beyond this (whatever that means), what will we find on the other side? I think the viruses and the contagion that will be more the rule than the exception might be upon us. What has a change in global temperature done? What can it do beside melt glaciers? What happens when we mash 54,000 people into a square mile (the population of Mumbai)? India, btw, is the 31st most densely populated country in the world, which surprised me. I thought it would be higher. One of the larger most densely populated countries is Bangladesh (with apologies to Tuhin, Shyer, Sakub, Sadman, and Ayesha), which neighbors India,  but is three times as densely populated at 1,252 people per squared KM. When you have that many people in a confined space and you have a virus, the result is simple: it will readjust population in ways perhaps never witnessed or imagined. As I noted in my last blog, we are not ready to imagine or deal with such a change. We are too busy trying to manage the immediate it seems to deal with the future. We are arguing the number of masks, the number of ventilators, whether or not 3M should do something or not do something, whether or not GM is doing all it can. As we argue and bicker the logistics and the politics of this, the virus continues to do what it does. It does not take the weekend off. It does not care who is in charge or not in charge. It merely spreads from place to place and person to person. Meanwhile, many in this country still want to argue this is inconvenient. I am reminded of Scrooge in Dickens’ famous Christmas story. When told by Bob Cratchit that many would rather die than go to institutions for the poor, he answered, “If they would rather die, let them do so and decrease the surplus population.” Or I am reminded of Markus Zusak’s narrator in his YA novel, The Book Thief. For those who have not read the book, I would recommend it, but the narrator is Death. Death after giving Liesel her book back, she reads it and sits with Death. As she speaks to Death asking if it all made sense, Death can only tell her one thing, “I am haunted by Humans.” I am sure whether or not you believe in a creator or death, but either entity should be confounded by our incredible self-centeredness.

I have been pushed beyond my comfort zone these last days trying to realize that, as least up until now, I have been inconvenienced and nothing more. I was able to get Anton where he needed to go and he is home. I have been able to manage my classes with some additional work, but nothing more. I have been able to have heat, light, warmth, electricity, food, water, and gasoline for my car. So what is really that different? At the moment, not much, but what is yet to come? I must admit there is trepidation and some fear. What will happen to our freedoms we so take for granted? What will happen to a lifestyle we have come to expect, even demand? What are the changes that might occur from movement to ownership, from working to interacting and communicating? What will happen to the idea of planning for a future and might we merely be able to manage what is in the present? All of this seems like a movie much like the ones I generally avoid. There have been other moments when I have noted I am glad I am in my sixties. I think that is perhaps the case yet again. I wish I could feel more positive, because generally I am. I think what is positive is we are being required to step back and consider the consequences of a lifestyle and consumerism of all things. I appreciate my comforts as much as the next, but perhaps it is time to ask what am I willing to give up? What am I willing to do to allow others hope? While I found the Lt. Governor of Texas comments a bit alarmist, perhaps there is more to what he said than I want to imagine. I shudder to think we might put values on an individual based on their social worth. Yet, it has happened before, and not that long ago. It seems there is more leaning toward that than one would hope. Again, I am reminded of my travels. My trips to Auschwitz put the decision over life and death in the most somber of terms. As the Jews departed the railway cars, a single person decided their fate with the movement of a finger. Are we there again, and if so, how will the world deal with this? Indeed, I am haunted by humans.

And yet, I have hope we might do the right thing. Thank you for reading.