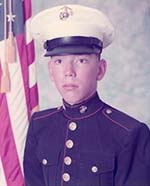 Hello on a Sunday afternoon, an anniversary the 21st Century’s Day of Infamy for America,

I am in my office and working on a number of things, planning to be here more than most of today’s remaining hours. It is a typical weekend of catching up and working on a number of things. As I consider the day and what I was doing 15 years ago, it is easy to remember,  but what I think is more important (and perhaps as tragic as the day itself) is how in the following days as a country we came together and supported each other. In fact, I think it can be safely said that the majority of the world supported the United States in a manner that perhaps had not happened since the end of the Second World War. In the days that followed people spoke with other people they did not know. If someone could help another, they did it no questions asked. People reached out to another because it was the right thing, the humane thing, the reasonable thing to do versus to wonder and ponder first in suspicion about what the other might be thinking or planning. Congress even joined together on the steps of the United States Capitol in a bi-partisan manner noting that we are all Americans. Isn’t it amazing how much has changed in 15 years? Isn’t it sad how much we have lost from those days where cooperation and mutual goodness seemed to be the order of the day versus where we are now when one side calls the other side deplorable and the other side is simply racist, sexist, xenophobic, and certainly many of the terms being used. Yet then again both seem to lower themselves to the lowest common denominator that has epitomized this election?  In case you cannot imagine Congress actually acting in some other manner than their seemingly common acrimonious personality, here it is:

It is true . . . They actually stood there on the steps of the Capitol and sang together. President Bush’s approval rating was a 86%, which is a number almost unimaginable for any president. Rallying around a phrase of “United We Stand,” Americans of all ilks stood shoulder to shoulder willing to put race, gender, economic status, or political bent aside. In the Upper Peninsula, where I was in graduate school, people reached out to see what they could do, even if it meant going to spend time in NYC to help in whatever manner possible. The Red Cross in the days that followed collected 36,000 pints of blood in NYC alone. In the fall of 2001, 600,000 pints of blood were donated in the United States. Around the world, we also experienced unprecedented support. 200,000 Germans marched in solidarity in Berlin; and in Paris, the French newspaper Le Monde declared in their headline, “Nous sommes tous Américains.” Of course, in the Middle East, the reaction was not quite as supportive, but the history behind that area is much more complex. The reaction against Middle Eastern people in this country was also difficult. Dearborn, Michigan, a place I had worked and part of the state in which I lived was like a ghost town. The reaction against Muslim people or anyone appearing to be from the Middle East, to this day, is probably only paralleled by what happened to the Japanese during World War II.

Of course, the reasons we are in such a different place than those surreal days of September and October 2001 are complex or complicated, an intricate mosaic, if you will. The world changed dramatically that day. Note, I did not say the United States, I said, “the world.” In 2008 a book titled, How Does It Feel to Be a Problem?: Being Young and Arab in America, chronicled the consequence of being Arab in the United States in a post-911 world. Needless to say, the espousal of a particular candidate that seems to lump every Arab/Muslim person into one large basket does not help our national xenophobia tension that has never really disappeared since that fateful day. Would the middle name of a President created the “birther controversy” in a pre-911 world? One cannot prove either way, but somehow, I cannot imagine such a thing. In some ways, and there is not enough room to prove all of this, though it would be an interesting things to consider rhetorically, I wonder the parallels between the psyche of the country post-Richard Nixon and the distrust that helped propel Jimmy Carter to office and the post-George W. Bush and the distrust regarding WMD might have done to propel Barack Obama to office. Hmmmm. I see an academic paper in the making. I think the complexity of the Bush years and the role of his vice president certainly affected the attitudes of many Americans toward the administration. In addition, I think the fact that the Legislative Branch of the government demonstrated an inability to work with the Executive Branch, probably not matched since Lincoln and the Civil War established a rancor and divisiveness that quickly snuffed out the good will that so was predominant in those weeks and months following the September 11th attacks. A multitude of scholarly articles that focus on a rhetoric of terror or violence illustrates this somewhat invidious climate that began to hang over our politics and our world. By the end of President Bush’s second term, our world, and now our crumbling economy, created a calumnious world where rancor replaced reliance, dubiety replaced dependence. In spite of that, there was a hopefulness as we elected a 44th president, or at least I thought there was.

More than people realize, there have continued to be attempted attacks on the United States. While I am wise enough to know that we do not know of all of them, in the remainder of the time during President Bush’s presidency, there were 16 confirmed attempts. Up to this point, during the presidency of Barack Obama, there have been another 14 . . . and those are only the ones confirmed. How many more have been either foiled, abandoned, or unreported? As I noted earlier it is a more confusing, multifarious world in which we exist. It is a country that has, for a second presidency, witnessed a dysfunction on our national political stage that seems to have outdone the one aforementioned. While I voted for the President both times, I will admit that I have been disappointed in how the last eight years have played out. However, while there is certainly enough blame to go around, it seems that the obstructionism that has occurred during the majority of the last eight years is unequalled in my lifetime. The tea-partiers, the self-serving national politicians, and the bigots, who now seem to have a voice on a national stage, together have created a toxic atmosphere that should frighten most anyone willing to imagine the consequences. What happened to the world of “United We Stand?” What happened to the world of “We are all Americans?” In the 15 years since that fateful day in NYC, Washington, DC and the fields of Pennsylvania, where I now again live, we have lost this sense of singular purpose to make the world a better one. We have lost this sense of purpose to make the world a safer one . . . I understand there are those who hope to wreak havoc or destroy a sense of interdependence. I believe in making sure that we are not being naïve; I believe in disrupting or the targeting of those who are determined to cause us harm, but there are so many people who do not intend us harm and still see America as something to aspire to. We have not lost our greatness, in spite of a particular slogan emblazoned on a bunch of red hats. I have students who are Latino/a and they are not in this country illegally, nor are they criminals or rapists. I have Muslim students who, though faithful in their beliefs, mean this country no harm and are wonderful people. I have black students who work hard to try to move beyond the ghettos in which they have grown up, but to believe that all black people are in the ghetto is another foolishness. I have rural white students who have also grown up impoverished, but hope their opportunity to attend college will create a different life than they have experienced. I am a first generation college student who grew up in a blue-collar neighborhood, but with a family, while far from perfect, provided values and a foundation that somehow gave me hope. Because of an amazing grandmother and her sister, I knew I was loved and that somehow it would be okay. While I have read the comments that because we are Americas for generations, we are not immigrants. Indeed, that is true, but that does not make our disregard and disdain for those who hope to come to this country, regardless the path of their journey, reasonable or helpful (and in spite of the term here, I understand there are limits).

I guess the question for me is a simple one, but with a complex solution. How might we get back to where we were in the difficult, but astonishingly cooperative days of that fall of 2001? How might we find the ability or the determination to make this world a more tolerant and hopeful place in all corners of this global community? Selfishness, xenophobic slogans or calling those with whom we disagree deplorable as well as disparaging any person or group after they question something is not the answer. I wonder what our ancestors would think about our current election? I wonder what our children’s children will hear when they find out how one of the two most distrusted party nominees in history somehow became our next president? While I certainly would never wish for another 911 tragedy in this country or anywhere in the world (i.e. France, Belgium, or you fill in the blank), I desperately wish we might return to the positive outpouring of goodness that followed that fateful day. I desperately pray that we might understand our common humanity and the need we have to believe in the goodness of the other be it in our own country or the larger world. Imagine the goodness, believe in the change. America . . .  use the light of that statue once again to proclaim both our greatness and our goodness.

As always, thanks for reading. The picture is my boot camp picture from the Marines when I was a merely 18 year old boy.

3 thoughts on “Remembering and Wishing”