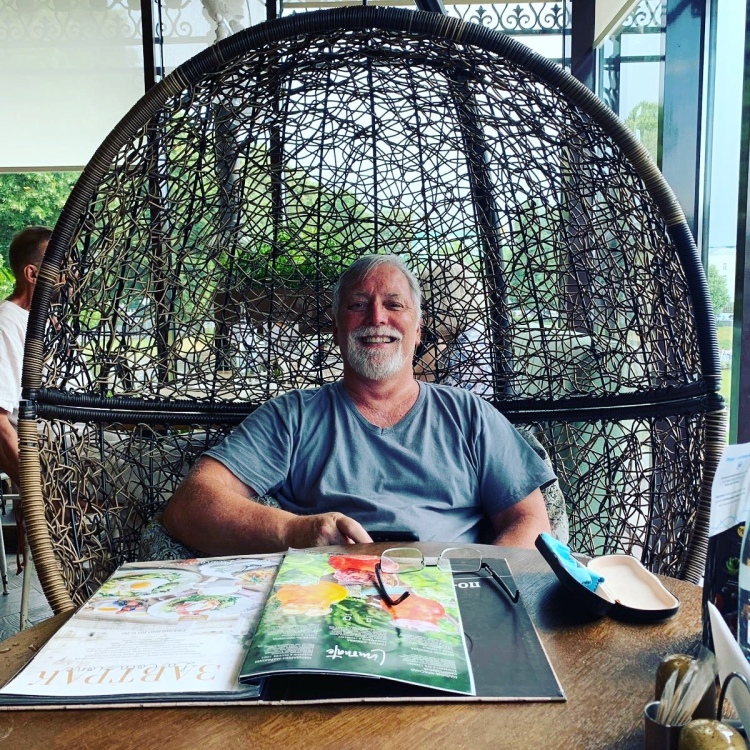 It is around 4:00 a.m. and I have been awake for a while. I am always amazed by the changing of the seasons and how it affects both my mood as well as my ability to reflect, be it on the day, the larger picture, or life in general. When we face the shortest day of the year, the Winter solstice, I am reminded of both the positive of the season and the hopefulness of the season of giving. For the academy, it is the beginning of the break from both college and public school; it is the beginning of the excitement for small people that will end up on a Christmas morning for those who celebrate this holiday. It is the beginning of the Christmas season and that continues on until January 7th for my Orthodox friends, students, and others when they celebrate Christmas (ironic I am in an orthodox country as I revise this). When I was growing up, that time signaled when I would soon be spending a week or more at my Grandmother’s house for part of the Christmas holiday. I think that week was as important to her as it was fun for my sister and me. I think it was a week for my older brother where two younger and annoying siblings were away and he had a respite and the house to himself. I don’t think I ever really considered that until now. I think it is the memories of those weeks at 4547 Harrison Street between Christmas and New Years that most affected the person I would become, the person I am. When I get to the summer solstice, or the first day of summer, (and I am presently in Moscow and it is light by 3:30 a.m.) I am reminded up my time in the Upper Peninsula of Michigan and being around the portage, up in Eagle Harbor or Copper Harbor. It was light by 4:30 or 5:00 a.m. and light until 10:15 at night. I loved those long days. Even the spring solstice provides a sense of hope for me, the days are getting longer and I am no longer leaving for or coming home from work in the dark. As I write this it is around 5:00 p.m. in Moscow and it has been incredibly warm.

Over the past few days, I have thought of relatives and of my Grandmother Louise Lynam in particular. I have noted her on a number of occasions in this blog, I am not sure I have ever written a blog just about her. She has been an integral part of my life for most of the 60+ years I have been alive. A portrait of her sits on my desk in my office to this day. It is an 8×10 picture that was probably colored or tinted after the fact. I believe it is a picture taken in her late teens and possibly a picture that was created when she went to college at what is now the University of Northern Iowa, I believe then Iowa State Teacher’s College and the Normal School for the State of Iowa. I think she hoped to be a teacher, but having graduated from high school in 1931, the depression made it impossible for this South Dakota farm girl from remaining in college and she returned to the farm. She was the youngest child I do believe. I think she was also perhaps the free spirit in the household. Not long ago, within the past month, I was back in Sioux City. The home I remember as a small child is no longer there, and the acreage she had behind her house is all developed. No more toboggan riding on snow-covered hills. I wonder what she might think of what I have accomplished from time to time and I do wish there was a way for those still here to communicate with those no longer in this realm (yes, I know some argue there is). I guess I want it to be more simple. Let me buy the Starbucks and let’s sit and chat, both to reminisce and to listen to her counsel. What I remember most about her is she never hollered at anyone. She was seldom angry, but rather expressed her displeasure through disappointment. The worst thing I could have heard from her was “I am disappointed in you.” She is still more of an influence on me 40+ years postmortem than I might have imagined. She is the one who taught me to be polite, to be gracious, and to approach my daily life with hopefulness rather than a gloomy outlook. I know that she regretted not being able to care for my sister and me for the remainder of her days. When I analyze all of that it forces me to face the sort of concentrically growing circle of alcoholism and its consequences. Fortunately, she was able, through AA and Eastern Star, to overcome her difficulties and from the time I was 7 or 8 she never drank again. Cigarettes were a different story. Perhaps the reasons I am thinking of her is she died at the age I will obtain my next birthday. That brings another thought to mind. She had been grandmother since her 40s. Perhaps I should not be so surprised when people now tell me I remind them of their grandpa. Hmmmmm.

It has been rather indescribable five days. While the original plan was altered in a variety of ways, sometimes the most unexpected gifts occur when we merely allow. I met one person I had heard so much about and she is astounding; intelligent, committed, personable and beautiful (and that is more than merely appearance). I met another young man who was gracious, incredibly informed and knowledgeable, and also accommodating and gracious. I think he made things much easier for Ana. It was fun to observe the friendship the three of them share. Ana was the behinds-the-scenes tour director, as well as our front and center, but I think she has such a tremendous weight on her shoulders right now that I probably taxed her more than she needed or expected. I certainly hope her next two weeks go as well as she could ever hope. I know she is a planner and when things end up reconfigured it is not the easiest for her. The last couple days I tried to make things easier for her, but I am not sure I succeeded. Nevertheless, it was an unforgettable visit for a number of reasons.

As I travel on to Poland, I am excited to return to Kraków, but it is a bit strange to go on my own. That is a first time ever. The first time I went knowing I would met with Maria’s father and Katarzyna as they were waiting for me (Maria was there also). It was her gift in a way that I would meet Mykola Polyuha. That would change the course of my life and how I understood the world. Then I was there with a group (working with Mykola) for 4 visits. The last two occasions, I was there with Ruth. This time it really is me on my own. That is not so fear-inducing because I now have a basic fluency in Polish (which will be my focus to review from now until July 4th). While I appreciate my solitude more and more, I still have some angst about being somewhere alone. That was part of the reason I chose not go on to St. Petersburg alone, though it has been at the top of my bucket list for decades. Both a new place and my inability to communicate in Russian was a bit overwhelming to me. I do hope to come back, but we’ll have to see. I still also want to visit Ana’s parents in Kaluga. I know that Kraków will be comfortable and I am excited to see some people I know from previous visits. I am blessed to be in such a wonderful city with amazing acquaintances.

Over the past few days there were a number of things that reminded me of my grandmother. While younger people here do wear jeans or slacks, they are so meticulous in their appearance. So many women wear dresses or skirts and many of them are long, but they have such class, grace, and elegance, even in 95 degree temperatures. They wait to cross streets at appropriate times, and while more smoke than I would hope, they snuff out their cigarettes and place them in a trash receptacle. Even when people are walking, running, riding a bicycle or scooter, they wear nice clothing. I think we as Americans could learn a thing or two. Those thoughts have went through my head continually. What if we took the best behaviors from each culture and sort of created the paragon of appearance and behavior? Perhaps we might have a world where people took better care of themselves and we are more polite and apropos. I think each time I travel I realize both the complexity and simplicity of the world we all traverse. Patience and manners are universal, and they make us better people. My grandmother had both, not only when it came to dealing with others, but also with herself. She read and pondered things. She believed in thinking positively. She loved unconditionally and that was perhaps the most wonderful thing she taught me. I wonder what we might speak of today. I smile when I remember the times I spent at her house or at the bakery. I feel content when I think about being in my upstairs bedroom in her house and I can, to this day, recall the smell and feel that embracing atmosphere. I have seldom felt that, but people tell me I have created something similar in my own home. I give her the credit or any understanding of that or being able to recreate it. There are some parallels in where I live (which I call the Acre) and what I remember from her house. To have even an inkling of what she had humbles me. I wish I might have had her in my life a bit longer. I remember a couple of letters she wrote to me in my early months as a United States Marine. I was so young and naive, but she was so proud and she understood what I had faced growing up and did even then. The honesty in those letters caused me to cry then and overwhelm me even now.

Well as I am ready to sleep in Moscow one last night, I am grateful to Ana, her friends, and her parents for welcoming me. It has been a short week I will remember forever. Once again this new experience had enriched my life and my helped develop my understanding of our incredible world. Kraków, I will be there for almost two months. I have a lot to do, but I am looking forward to it. The work commences. To all, as usual . . . спасибо за чтение и моим друзьям и новым друзьям: до свидания до следующего.

Dr. Martin or as my grandmother called me Michael (Мацкл)

One thought on “Remembering Elegance and Grace”