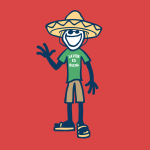 Hello on the last day of my Summer Session,

My students are packing, considering their last six weeks and what they have learned, wondering what the fall holds for them. Some did their work well and some where capable of more, but didn’t manage as they could, some worked incredibly hard with a deficit from the outset, but there is always the entire gamut. What is most amazing to me is that within a few weeks of graduating from high school, these young people, many  of them still 17 are required to act in a manner that is beyond anything they have done, but with more significant consequences than they can even fathom. Then there is the entirely other issue that they are required to manage two classes, which are 15 week semester courses in the matter of 6 weeks. That is a tall order for most students, let alone a summer student who has been often been the recipient of what I call the  “merely-turn-it-in, be-a polite-student, fix-the-errors, and come-to-class” high school experience. When they see the syllabus and hear what is required, most think I am ridiculous in my expectations. Yet, it is amazing when they push themselves what they can actually do. The second lesson is realizing I will not give them a heads up every day telling them what to do nor will I accept late things without a penalty, if at all. It was a sort of six week academic boot camp, and unfortunately for some of theme having an ex-Marine as their professor made it that much more real.

During the past year, the conversation in many of my classes has focused on the power of language. That should not be surprising to anyone who has read my blog or to anyone who knows about my academic interests. I am fascinated by words, all of them, any of them, but also how they work in terms of how they affect audience(s) or how they work when it comes to creating ethos or identity. I once wrote, we use and study language to make sense of both ourselves and our world. It is both profoundly simple and amazingly complex. How do the words we use help us make sense of the world in which we live, and more importantly what is necessary for someone’s words to have a particular puissance. Sometimes it is merely the eloquence of their prose; sometimes it is the context in which the utterance occurs; and sometimes it is the consequence of their station or appointment. I often note that there are places I will not frequent in the town in which I live because nothing positive would come from my going in that establishment (e.g. a student bar or hangout, either of the two local strip clubs . . . and I can probably come up with others). My rationale is not only that nothing positive would happen, but it is because it matters not whether I am in my office at school or in town, I am still the professor. If I were ever to be arrested, the local Press Enterprise headline would not read “Bloomsburg Man Arrested,” it would say “Bloomsburg Man Arrested.” And it would run like some bawdy celebrity rag doing its best to make sure I looked as badly as possible. The point is simple; being a professor is not what I do, it is who I am. It never goes away . . . much to the chagrin of many of my students (and friends). There are parts of us who are basic to who we are. It might be called personality, propensities, consequence of experiences, or . . .  you fill in the blank, but we are certainly complex. I often tell my students I was both a pastor and a Marine and they can decide which part of me they would prefer. This morning I was having coffee with a colleague, and as he often does, he merely rolled his eyes and says, “Dr. Martin . . .” I respond as I often do . . .  I can only be who I am. Certainly my summer students know this all to well, as do some of my former students. As I often tell them when I attempt to describe my own self. I have reduced it to three words, or two specific characteristics. I am genuine and I work hard. I certainly am not perfect, and, in fact, I am a rather flawed human being. I am much more shy than many believe. I am much more fragile than I often reveal. I feel less capable that is often apparent, but, indeed, each of the three previous statements are more accurate of this aging curmudgeon than 90% of those who believe they know me would realize. However, I digress.

The power of words seems to continually raise its head. While I will not blame everything on the current administration, I do believe his (perhaps) off-the-cuff remarks or tweets are much more significant than some one to believe. One of the difficulties of being in a position of power, be it the professor or the president, depending on the person’s previous experience can be more of a sequela than one might expect. I know that I forget this at times, and that can be damaging to a student in my class. Unfortunately, at least from my perspective, I am not sure our President knows there is such a possibility and perhaps more egregiously does not seem to care. Concomitantly, we have the current escalation of a rhetoric of violence, be it concerning North Korea and Charlottesville. What do we say to a first semester student who did not live through selective service and has no idea of what would happen, as do any of us, should North Korea actually first something that has a nuclear warhead. China this week said if North Korea starts something they would be neutral . . . there is no neutrality in a nuclear war. One the other hand, they said if the United States starts something, they would defend the North Koreans. Fire and fury . . . which seems to be another plagiarism from Harry Truman, or any of the ramped-up comments of this past week have consequence, and more than merely a sort of tit for tat between a dictator and the surprisingly-elected most powerful person in the world. This is more than playing “my father can beat up your father.”  sort of school yard game. The consequence (seems there are a lot of consequences here) of hateful speech, regardless of who says it, or discriminatory doctrine, which does seem to characterize the current administration, is coming to roost in many and various ways. How does a 20 year old find it even humanly possible to believe running down people with a car has any sense of appropriateness? What do his parents think? What was he taught or how was life modeled for him? These are the questions that come to mind for me. I know people who live or lived in Charlottesville. I can guarantee, this is not what they want to be known for.

I remember being in Richmond last year and driving down Monument Road . . . I am not sure if that is the actual name of the road or it is just called that. The statues or monuments are amazing. Again, this morning in that same conversation previously mentioned, we spoke specifically about the commission that is in place there to consider what to do with all of that statuary. Richmond was the capitol of the Confederacy. The Civil War and all it stands for is part of our history. Words like slavery, mistreatment, racism, bigotry, hate, underground railroad, Stars and Bars, emancipation, or abolition are all part of that history. Each of these words mean something different, depending on one’s experience and perspective. We cannot sweep them away . . . we cannot pretend that what the founders of this country did when they themselves owned slaves did not have consequence. Where is the line between historiography and hate? I am not sure I always know. I do know that history like language is fluid. History is generally recorded by the victors. Words have power, but like anything that transverses generations, the understanding of that event or word is certainly affected by context. I noted for someone yesterday that while I was taught in early elementary school that using that certain N-word was never appropriate, I can say with more certainly than I wish that the father who adopted me, and for whom I have amazing respect, was much more bigoted than I would care to admit. On the other hand, he was much more left leaning in some things than I am . . . seems like an oxymoron, and that is not the only place we would demonstrate that complexity than some might realize. While I think he might argue I am a Republican because of some of my conservative leanings or practices, I am more liberal than he was on many social issues.

While I am all for being lawful and appropriate, I am also all about being thoughtful and attempting to understand the complexity of a situation. Those who know me well know I am a pondering person; I am a questioner. My Dean, who is so understanding and willing to listen sometimes just shakes his head at me. I am sure I give him more gray hair at times. I am the person who thinks outside the box and wonders. While I certainly do not deserve to be compared to this person, I am reminded of one of the most amazing rhetorical pieces of all times (this is the short clip; YouTube the complete address if you want, it is worth the 10 minutes it will take to listen to it). If I can come anywhere close to this in my own little corner of the world, I will know I have accomplished something. As I close my ramblings of the day, I have a simple request. Can we please listen before responding? Can we try to imagine the other’s situation before we discount their ideas, concerns, or hopes? Can we respect “the other” first, regardless of what they have done, rather than see them as the enemy? These are some of my thoughts as I am waiting for BOLT, our course delivery tool to come back on line. Thanks as always for reading.

I wish you all a thoughtful and blessed day.

One thought on “The Power of Words”