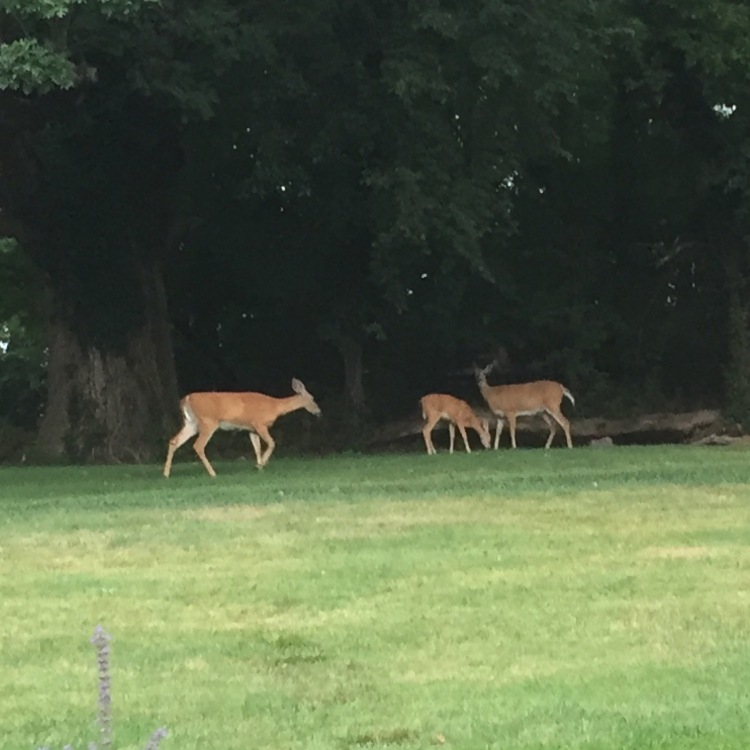 Hello from the side yard patio and fire pit of the Martin homestead,

There are a variety of reasons for me to use the introduction I have, as well as the title. In spite of the fact that I did take a week to go to the Dominican Republic, and even in spite of the fact I did relax at times, I worked their both on my own writing and on trying to get answers to a myriad of questions, thereby making sure I do not misrepresent anything that might be advertised on the travel website. The fact that I am writing now is related to work because I have learned that blogging clears my head and allows me to focus on the seemingly never ending stream of things to which we all must attend. Today I was in the grocery store. One of the morning regulars at the diner noted that life must be easy now because I had nothing to do. I smiled and answered cordially, “I wish I could explain why that is not the case because I will be doing some kind of work most of the summer.” But then neither she, who is not the sharpest tool in the shed, nor the editor of the local paper, whose only job since graduating from Bloomsburg University since 1974 has been at the Press Enterprise, seem to have a frickin’ clue about how hard faculty work or the hours outside the classroom are given on behalf of the students or the town. Something pretty terrible must have happened to Mr. Sachetti when he was a student to disparage his alma mater and every aspect of her at any available opportunity. And while I certainly realize editorials are opinions as well as the fact that he has a soap box from which he can toss things, the continual trash and “misstated information,” he offers is disingenuous when it is”factually suspect.” What he does is beyond unethical and provides plenty of examples for current students  or writers of what should not be done in a local paper. The biased way he has treated the faculty of the university by the partial and slanted slime he has published in the time I have lived here is unconscionable. I am sure the latest is merely a harbinger of what is to come. Finally, the third on the list is again a view of some who have I have foolishly allowed to put me into a bind on a number of different levels. We are all flawed and I certainly know this from my own shortcomings, but I seem to provide ample opportunity to allow others to prove their shortcomings because I wish to trust first and ask questions later.

Back to summer vacation. As I noted at the beginning of this post, summer vacation for most tenure-track faculty is the time when they can finally focus on research and writing or travel and research, which is necessary for them to move up the ranks to full professor. For some it is still time to teach and try to prepare for classes in the fall. For me, who came to create a program that would provide students with professional writing skills, a great amount of energy has gone into the development of that program. Every year when the above mentioned “journalist” chooses to publish our salaries he fails to explain the number of years the faculty listed labored in college or graduate school. He fails to mention that most faculty spent 40-60 hours a week on all the things that are required by a 4/4 teaching load. He fails to note that we have worked 33 months without a contract in the last 7 years showing up to work daily and working without fail to provide the 9,000+ students with a “quality education” (PASSHE language not mine). While I would like to go and travel again, I have four preps this fall, including a new one, one to help RNs get their BSN. Latest on that class is they want to open it to all healthcare students, which I think would be fine. I will have to rethink some assignments, but I think it is manageable. This past few days, including today, which is Saturday, I was in my office for over 8 hours working on syllabi and the course delivery tool for just one of the classes. It took me about 30 hours and I still have some work to do. Because I teach classes that deal with the use of technology and writing, the course is never the same from the previous iteration. This means new reading, rethinking and revising assignments and trying to keep up with the latest trends or scholarship in the field of professional writing and digital rhetoric. It means scouring data bases and new articles. I wish Mr. Sachetti would watch me for a week or two before school starts. I could hope he might provide a different view of the faculty. Instead, I think he has sold his soul to “el diablo de manga y sensacionalismo” like so many other pretend journalists. Before you think I do not realize some of the benefits and perks or options I have because of being in the academy, I do, but I also commit every ounce of my being to my job. Last week, because I worked with specific summer freshmen, instead of needing grades turned around in four or five days, I had 12 hours. Yet, I had them done. The fall will, undoubtedly demonstrate the bias of our local prince of print as he wields his poison pen or malicious manos on the keyboard to claim that faculty are spoiled, self-centered, and out of touch with reality as we argue about the quality education and demonstrate care for students. I have little doubt that he will again pull things out of context and twist information or facts to serve his own insecure purposes. Again I am forced to wonder what his alma mater did to have him turn such a deaf ear to the very faculty who taught him and conjour such contempt for the very institution that helps the town of Bloomsburg thrive.

Last, but certainly not least, my kindness to so many who I have helped, some in significant ways, had left me disillusioned and, to put it mildly, angry. I must admit that it is much my own fault because I want to help others as I myself have been helped. I certainly would not be where I am without the help of a great-uncle and great-aunt at one point. I would not be where I am if it were not for some people during my internship year or eve when I was first a parish pastor. I would not have made so painlessly if it were not for my seminary classmate, Karsten, to whom I finally have his assistance returned. If it were not for Lydia and how she has helped me that I would be where I am now. Over these past years I tired to give as she gave to me, but people promised so much and have returned so little on their promises. They have put me into a bind. Indeed, it is technically of my own making because I trusted their word. I am tempted to list names, but instead, I will show some class. One of my colleagues noted Ian the worst loan shark in the world. I think he is correct. What it has done has soured me on trusting much of anything or anyone. We’ll see what happens after this next week. . . . As is generally the case, it seems it is taking me longer to write this but I had hoped. Condition I probably need to do some editing because I’ve been a rather tough on people. I had planned to go into the office early this morning, but as the adage says, “best laid plans often go awry.” A detour for fluids took up part in the morning. It seems anything taken orally for hydration seems to play hide and seek with my insides. I am working with my nutritionist again to see if we can come up with a solution. I have worked on restricting the diet once again, and have been for awhile. I guess I am doing better over all, but it is still frustrating to me. Well, more work in the office today and trying to focus on the last pieces of a project. Meetings for the fall seem to have found their way onto the calendar on multiple days already. I think the oxymoron of which I first wrote for this post continues.

Back to playing Sisyphus. As always, thank you for reading.