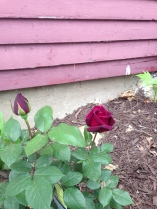 I am in my study at home and have returned home after a most wonderful evening which was comprised of two parts: dinner at the Inn at Turkey Hill and attending a performance of Swan Lake, at the Mitrani Center for the Performing Arts. While the weather was certainly less than ideal and it made for a rather sloppy evening, and a fight with an umbrella, which might have allowed for the one moment of levity, the dinner, the performance and the company were all quite amazing. I have attended this particular ballet once before, but I was 25 years old and I was, perhaps, in Munchen; at least I think that’s where I was. At one point, I found some memory of being in Leipzig, but that would have been in what was East Germany (DDR) and that was about 5 years later. The point is I am a very different person than I was then traveling around Europe as a college student. Yet as an aside, and as I have mentioned on numerous occasions, it was probably that first trip to Europe with Dr. John Nielsen, that most influenced my life and helped me understand both learning and life in a much different way than I had up to that point.

The difference in watching the ballet tonight was I was much more attentive to watching the actual performance of the dancers. It also reminded me of going to The Nutcracker when I was on the Lutheran Youth Encounter team, with John, Ruth, Susan, and Gloria. I was waiting for them so sing or speak or something. I was a pretty uncultured Midwest kid. I think the most cultural think I ever did was go to the circus. Very sad . . . As I told Melissa, I did not remember that the men wear very different ballet footwear (do guys refer to their ballet footwear as slippers, as I have heard the women’s footwear called?). I was also reminded of the strength of the feet, ankles, and the legs of those outstanding dancers. I was mesmerized at times by the synchronicity of the movements and their perfect timing and movements across the stage. The jester was particularly phenomenal, both in his movements, which were astounding to me, and his gracefulness even when he was moving quickly. I think he might have been one of the two or three most talented dancers on the stage this evening.

Back to dinner for a moment: I do not go to the Inn very often (perhaps 5 or I guess this might have been the 6th time), but I have never had something there to eat that was not superb. I was going to order one of the specials tonight, but when it came time to order, I completely forgot what it was so I ordered off the menu. I went with something I had eaten before, so I had a good idea of what sort of culinary treat I was in for. I began the evening with a crab cake that was excellently prepared, just the right amount of crispiness and not oily at all. Melissa had the scallops, and we shared some of each. The scallops were also outstanding. She ordered chicken and I had a pork tenderloin with a peanut sauce. It had a little kick, but paired well with the Amador County Sangiovese. We both sort of particularly enjoyed the lemon sorbet palate cleanser. Sometimes it is the little things. We did push getting to the ballet on time, but all in all it was good.

It is getting to the time of the semester when lots of things are due, and that is for people on both sides of the university equation. How we deal with all of that depends on both the number of things we might have to do, and the amount of time in which we have to do it. If it were only school, it might be easy (and even then I am not sure), but trying to have a life outside of the classroom, which is necessary for some kind of sanity is not always an easy thing to accomplish nor to manage. I witnessed some of that as well as felt it tonight. It is always a difficult thing when you want to do well at all of it. I know I have struggled with that and I continue to do so. Over the next two weeks I have to put together my tenure stuff. I think I am back to the days I had before break and the next couple of weeks will require both structure and patience. For the most part, I am a patient person. I have learned that sometimes it is just not a good thing to contribute to that stress level, whether it be intentionally or unintentionally. I am afraid tonight I contributed unintentionally, but, unfortunately, the consequence is the same. There is still stress. While there are usually a variety of contributing factors when someone is stressed out, each of those factors become a bigger and more difficult thing when one is feeling overwhelmed. I know that feeling. I think every step of the process in academe comes with that as a prerequisite. You merely need to plan that you are going to feel stressed, overwhelmed, a mirror image of John Belushi in Animal House saying, “Seven years of college down the drain; I guess I will join the ‘f-ing’ Peace Corps.” I think I have had such a moment at every taken or every level I have tried to move beyond. Somehow I made it, but more often that not, I am not sure how.

What I was reminded of tonight is how much pressure school can be when you take it seriously, you care about it deeply, and you have already made things harder on yourself at some point in the process. I know that story well because I did it. I went from failing out of college to actually doing well enough to get a Ph.D.. Did I fail out because I was stupid? No, I was lazy. Did I get a Ph.D. because I was brilliant? Again, the answer is “no”. I worked hard and I had an amazing committee at both the Masters level and for my comprehensives and my dissertation. They pushed me hard, but they were also there for me. I am realizing again how fortunate I was to go to Michigan Tech, and to work with the people I did. I wish I could help students understand how amazingly talented and smart they are sometimes. I wish I could help them understand that the hard work they have been doing, along with their keen insight and significant intelligence will keep them in good stead.

I was also reminded that once again that the world we live in is pretty conditional. I think that is one of the things I most detest about this world and what we have done, often to each other, as humans. We are judgmental; we are inconsistent; we are self-centered; and we are slow to forgive. What I have learned and continue to be reminded of is when you care about someone in a genuine way, it is not conditional. You do not care for them only when it is easy to do so. You care for them because they matter. You appreciate and honor their values and their preferences. You are willing to care as deeply regardless the circumstance. It is hard to do that, and I wish I was better at it than I am. Sometimes I am pretty self-absorbed. Sometimes because of my own fragility (there is that word again), I fail to give as much as I could or I am able. When that happens I believe I not only fail that friendship, I fail myself. I do not feel I was as supportive as I could have been at moments this evening. That saddens me because I do not like falling short. I am not sure I chose the best rhetorical strategy in trying to be supportive. It is one of those learning moments.

I guess the positive in all of that it it got me thinking about the poem I have been pondering and trying to write. It might be the next thing I work on before I call it a night. Perhaps, the better strategy is to merely start jotting notes. I got to see a lot of new things tonight and the bottom line is pretty simple. I learned more (nothing really surprising, more confirming). I saw more (and I am continually amazed by just the pure beauty). I care more (and caring and being willing to love in all circumstances is what should happen).