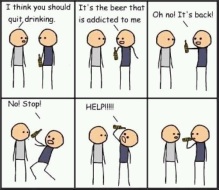 It is amazing to me that I’ve slept on the average of almost 9 hours a night over the last month. That is unheard of in my life; in fact, once when I was doing some medical testing I was asked last time I slept eight hours. And I asked, “Eight hours straight?” The response was, “Yes” and I again responded, “Thirty years ago.” Her somewhat surprised retort was, “I’m being serious.” And again I responded matter-of-factly, “so am I.” For decades I have survived on four, maybe five, hours of sleep. When I was a small boy living at my grandparents house, I was often up long before they were. Even though I was only two years old I would get up early get myself dressed and make my bed. At least as well as a two-year-old could. I would pitter-patter down the steps and sat there and wait till everyone else got up. So, now that it’s taken me almost 60 years to have what some consider normal sleep pattern, i’m trying to figure out what to do with it. I’m not sure I like it because I have too much work to do. The end of the semester is always a bittersweet time. I am generally ready to be done with my classes and finish things up. So as I noted in my last blog I will miss my Bible as literature class in particular. Then there is graduation; to say that the change in students from the time their freshman so they graduate is significant is an exponential understatement. I’m not sure there’s a more dramatic four year change in a person’s life.

After breakfast at the diner this morning it was back to my office and back to grading. Next it was to commencement see these very students walk across the stage and have their degrees conferred. There were three students in particular that were in my class for summers ago and I was honored when they ask to have a picture taken with me. All of them worked in the writing center. Is it always an honor to be introduced to parents at this time. It was interesting to be invited to lunch and listen to the family some more. As always I enjoyed that time. It reminded me of year ago when I went to eat with another family at the Old Forge brewery. Hard to believe that was already a year ago. The weather was a little kinder today. Last night I was invited out to eat with two colleagues which ended up being three colleagues at Rose Marie’s. I had the students after the afternoon graduation stop by my office also. The small world syndrome came into play once again. Nina was a student I had in class last year and ironically her great uncle was my senior pastor and co- pastor at Trinity Lutheran Church in Lehighton, Pennsylvania. She was also the top honor graduate of the college of business. It was interesting to speak to you and listen to the students who are graduating. A combination of excitement mixed with a little fear at what will happen next was a common theme.

It is now Monday and the weekend is done. It was a busy weekend . . . one filled with events, grading, and trying to figure out my schedule for the coming week and beyond. Another couple of bags of fluids in the mix, but I am in my office today and trying to manage the grading. While I have made good progress, there is still significant work to do. Today I am realizing the consequence of my penchant for losing keys. I have lost a set of car keys, which have to be in the house somewhere, but the renovations have my house in a shambles, so I am not sure where I might have lain them. I have lost my office keys and entire key ring again for the second time in about two weeks and I thought I had extra keys for the house, but I cannot find them either. So . . .  it is pretty much a disaster. I hope hoping to be out of town by today, but that has not happened. I am hoping to be out by mid-morning tomorrow, but it might take an all-nighter and then trying to drive on top of that might be a bit difficult, but it is what I have to do. The semester is over and I think I have a handle on what went well and on what things I might improve, but that is always the case for me. At this point I am in my office eating hard boiled eggs and drinking water. It works protein and hydration. Tonight I am going to take a break and go to a middle school orchestra concert. Over the weekend I heard Mary sing at the Jubilation Concert at the church. It was amazing. She has a tremendous voice and she is so intelligent and insightful. As I am grading, it seems, as always, to be The Tale of Two Cities. I am always astounded at how poorly so many people follow directions. I am always first concerned that I, perhaps, did not make myself clear enough, but when four or five of the best students do it correctly every time, then I realize there is another issue. I had three students who were actually high school juniors. They were some of the best students in the class. They were attentive, hard working, and unbelievably polite. It was a joy to have them in class. I know a number of people who might take lessons from them.

The beginning of this blog as a title that talks about endings, beginnings, or merely . . . . I think there is really very little that actually ends. There is very little that is a new beginning, so finally it is merely carrying on. We can change places; we can leave and begin somewhere new; we can even “finish” with some things and move beyond them, but I do not believe we actually change or start new. We are an accumulation of our experiences and we are a vessel if you will (thanks Julie Petry for that image), one that continues to take in more and more content. That content is in a continual process of being mixed and through that mixing there might be a different appearance, attitude, or primary process, but the things that we have done or experienced never go away. To believe that they do would be a bit naive I think. Over the weekend when working with another person on some things, she told me of her vision of me chopping wood and I am able to give her a picture of what she saw, and that picture is from almost 30 years ago. Then she described another thing she saw and when she described a bit more, a concrete experience from the last couple weeks made more sense to me. I think it is always interesting what our past experiences do to color or influence who we are and what we value. What I am more aware of as I consider and ponder how my life works is it is a process. This does not astound me, and, in fact, I find it a bit comforting because it does mean that things are more logical and connected than we might originally believe. I am to the point that I do not believe in something ending or something else beginning. It is merely carrying on. “Carry on” was (and I am sure still is) a saying that comes from the military. If you were doing something and there was an interruption, the commissioned officer or some other superior person might say, “Carry on.” which meant to keep going about your business. I think that is much more what life is about. It is about going about our business. I think the idea of business is also something that needs to be considered. In the movie, The Cider House Rules, one of the questions asked is “Do you know what your business is?” I think too often we lose sight of our business and we get sidetracked. Too often for me I allow others to influence me, believing that their lives are important to mine. What I have learned is I need to keep on about my business and not get caught up in theirs. Too often their needs are merely that “theirs”. That has been an important lesson for me to ponder and try to figure out. I am not sure I have it all figured out, but that is part of my carrying on and doing what I must do.

Over the next week or so, I will be back in WI to carry on with things that are important to me there. Thanks to all of you who commented on that last posting about dignity. Then there is getting ready for the next semester and managing what I need to do for the next weeks and months. Break is certainly an oxymoron for me this year, but that too is carrying on and doing what I must. All in all, I think I have a pretty clear sense of what needs to be accomplished and how to do it. Hopefully on the other end, which is coming regardless of what I am doing to manage things, I will be okay. That is a much bigger question and one that I still am trying to ponder. I still think there is some of what I have heard that resonates with me, but then there are some of those things that I still believe are not possible. All I know is that I want to have as much to say about how I manage my time as I can. Regardless, in the meanwhile, I will carry on . . . . now back to work.